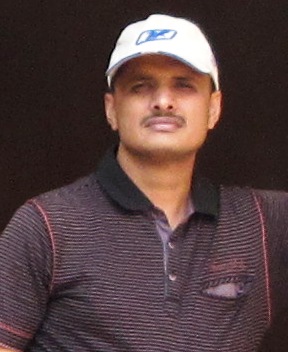 (About Vivekanand Jha in Brief)

He has a Diploma in Electronics and Communication Engineering, Certificate in Computer Hardware and Networking, MA, UGC NET qualified and Ph. D in English.

His poems and articles have featured in numerous journals and anthologies. He has authored one critical book on the poetry of Jayanta Mahapatra and edited nine critical anthologies on Indian English Writing.

He has edited two poetry anthologies: (1) “The Dance of the Peacock”, featuring 151 Indian English poets, published by Hidden Brook Press, Canada, and (2) “Universal Oneness: An Anthology of Magnum Opus Poems from around the World” (360 poems by 360 poets from 60 Countries), published by Authorspress, New Delhi, India.

He is the founder and chief editor of two literary journals, VerbalArt & Phenomenal Literature published by Authorspress, New Delhi.